VPC(Virtual Private Cloud)  is one of the Cloud service provided by AWS to launch your resource like EC2, RDS, etc., On the virtual network isolated from other services of cloud.

2. What are the subnets and types of subnets?

When we have a large single network it would be difficult for us to maintain. So for better maintenance, we will divide that network into two or more small networks as per our requirement. These are called subnets. This process is called Subnetting. Subnet allows an organization to connected to the internet with a shared network. All IPs on the subnet have the same prefix.

Subnets in AWS are the subset of the VPC CIDR block.

We have two types of subnets in AWS:

2.Private Subnets: Subnet which has no route to the internet directly is called as the private subnet. (Ex: Database servers)

4. What are the types of Instances and their properties:

Instance types determine the hardware of the underlying host. Each type offers different compute, memory, and storage capabilities. The right type of instance was based on the requirements of application or software

5. What is Load Balancing?

High traffic websites of an application serve thousands or millions of people each day. Load balancing is the process of distributing the workload evenly across the multiple servers. A load balancer sends the request to servers that can efficiently handle them to maximize speed and performance and prevent downtime.

6. What are the types of Load Balancers?

It is a cost-effective way of scaling your applications in the cloud. Whenever your load increases then you have to scale automatically up and down.  It scales your EC2 Instances automatically according to the condition you gave. Increase instances during the demand spikes, maintain performance and decrease capacity during lulls.

8. What is the difference between S3 and EBS?

9. How to encrypt my EBS and move it to another availability zone and restore instance?

Moving EBS to another AZ and restore instance :

Create a snapshot of that volume and then create volume from that snapshot. While creating volume select another region.

10. Can we encrypt whole EBS volume?

11. How to encrypt the EBS Volume attached a running instance?

If you have an aws ec2 instance and a volume attac 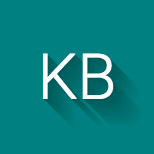 infrastructure as code (IaC) is the managing and p